Architecture for a Federated Learning System

Part 1: Encrypted entity alignment. Since the user groups of the two companies are not the same, the system uses the encryption-based user ID alignment technology to confirm the common users of both parties without A and B exposing their respective data, and the system does not expose users that do not overlap with each other.

Part 2 : Encrypted model training. After determining the common entities, we can use these common entities’ data to train the machine learning model. In order to ensure the confidentiality of the data during the training process, it is necessary to use a third-party collaborator C for encryption. Taking the linear regression model as an example, the training process can be divided into the following four steps (as shown in Figure 1b):

Iterations through the above steps continue until the loss function converges, thus completing the entire training process. During entity alignment and model training, the data of A and B are kept locally, and the data interaction in training does not lead to data privacy leakage. Therefore, the two parties achieve training a common model cooperatively with the help of federated learning.

Part 3: Incentives Mechanism. A major characteristic of federated learning is that it solves the problem of why different organizations need to jointly build a model. After the model is built, the performance of the model will be manifested in the actual applications and recorded in a permanent data recording mechanism (such as blockchain). Organizations that provide more data will be better off, and the model’s effectiveness depends on the data provider’s contribution to the system. The effectiveness of these models are distributed to parties based on federated mechanisms and continue to motivate more organizations to join the data federation.

The implementation of the above three steps not only considers the privacy protection and effectiveness of collaboratively-modeling among multiple organizations, but also considers how to reward organizations that contribute more data, and how to implement incentives with a consensus mechanism. Therefore, federated learning is a “closed loop” learning mechanism. 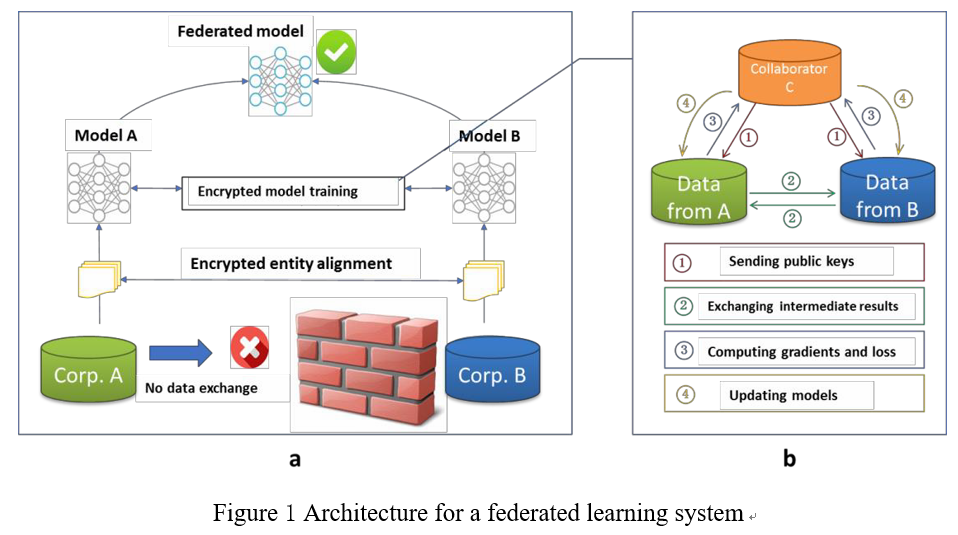 You May Also Enjoy

Significant advances are being made in artificial intelligence, but accessing and taking advantage of the machine learning systems making these developments possible can be challenging, especially for those with limited resources. These systems tend to be highly centralized, their predictions are often sold on a per-query basis, and the datasets required to train them are generally proprietary and expensive to create on their own. Additionally, published models run the risk of becoming outdated if new data isn’t regularly provided to retrain them. Read more

Nearly 153 exabytes of healthcare-related data were generated in 2013; this number will increase by 48% annually to reach 2,314 exabytes in 2020 [1], [2], [3]. While machine learning can benefit from this “big data” to generate state-of-the-art models, most healthcare data is hard to obtain due to legal, privacy, technical, and data-ownership challenges, especially among international institutions where HIPAA and GDPR concerns need to be addressed [3], [4]. Read more