With the popularity of smart devices and mobile phones, the time-series data (TSD) is widely generated by Internet of Things (IoT). The dynamical and rapid massive data generation in the form of TSD is highly timesensitive. Facing with the continuous arrival of TSD stream, the information processing systems need to efficiently extract the kernel data from massive data in real-time. The efficient data extraction from large-scale TSD has become an important issue in IoT industries. The conventional data extraction methods are generally based on the assumption of infinite computing and storage resources. For example, the approximate information extraction method using the summary data structure and the dimensional decomposition/recovery methods mainly focus on reducing the time complexity of algorithms. However, these existing methods fail to be appropriate for TSD with the large-scale, low-value density, and strong correlation characteristics. Therefore, the more efficient data extraction methods are expected to process massive TSD. 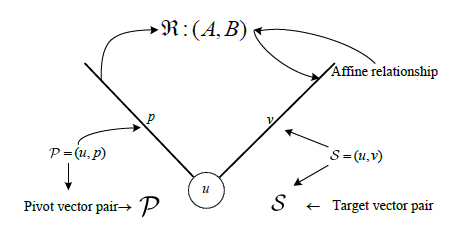 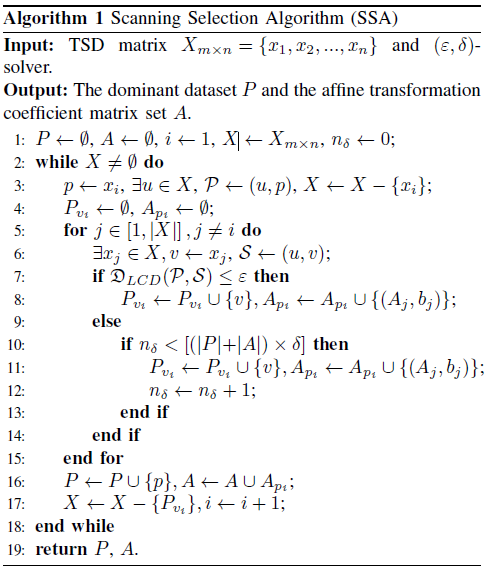 A sample for the dominant dataset selection process based on SSA: 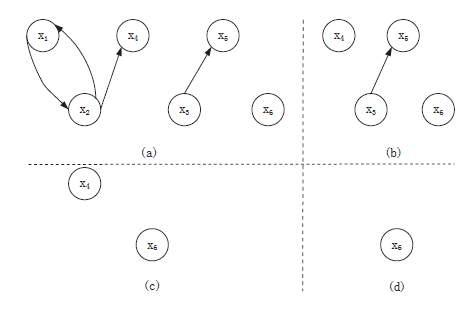 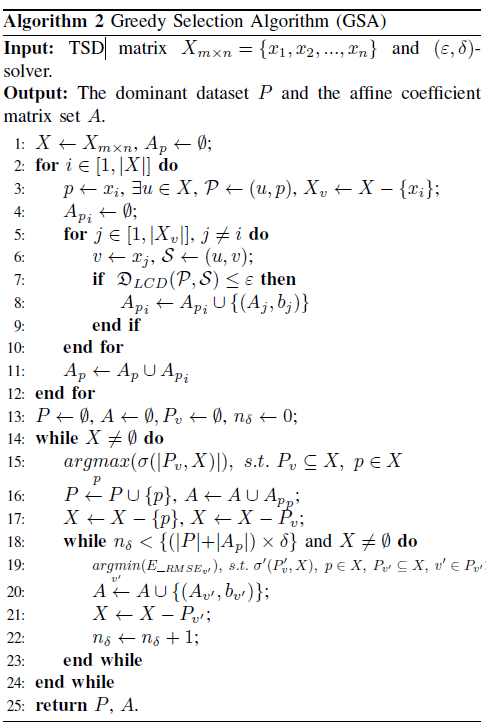 A sample for the dominant dataset selection process based on GSA: 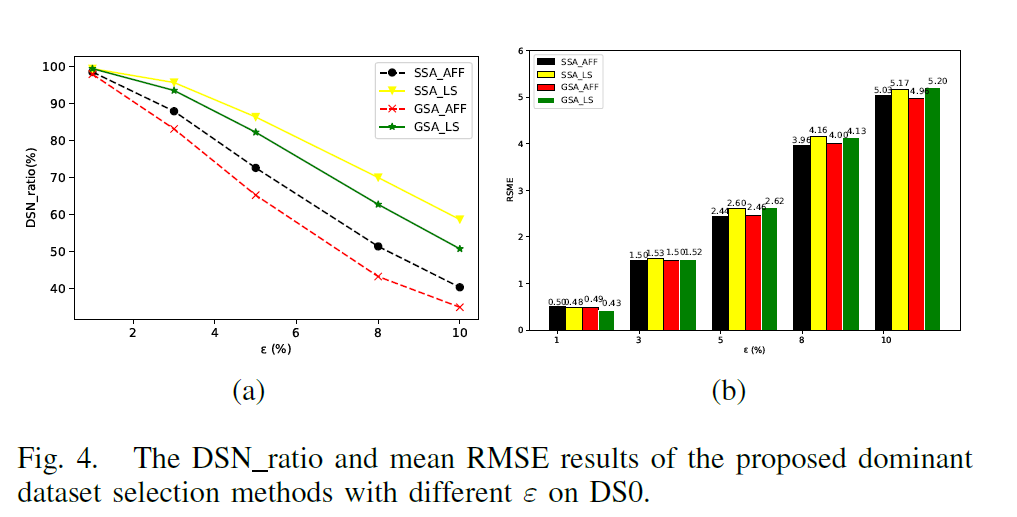 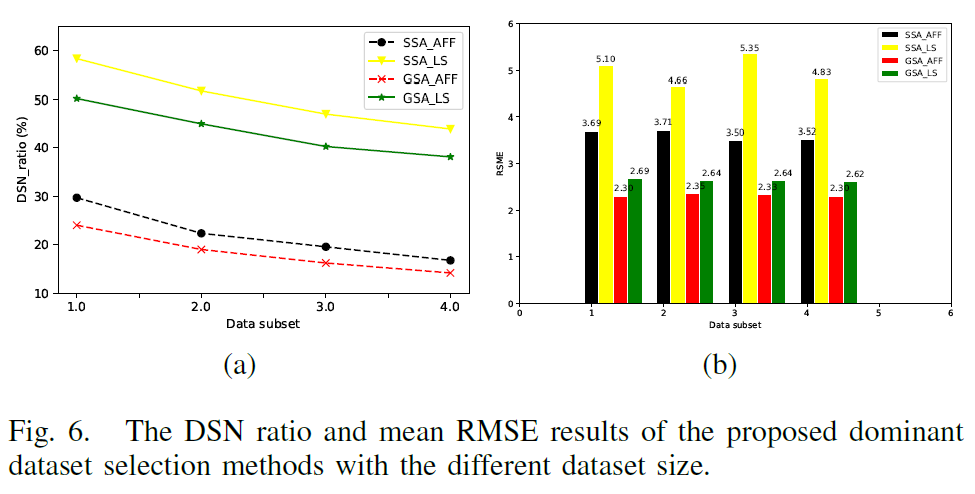